“He Could Have Overturned The Election!”–Trump Releases Statement On Electoral Certification

45th President Donald Trump continues to hammer the establishment over the 2020 election steal.

Trump once again blasted his decision on certifying the election.

Trump also pointed out that if Pence didn’t have the authority to overturn the election why would they be attempting to change the law? 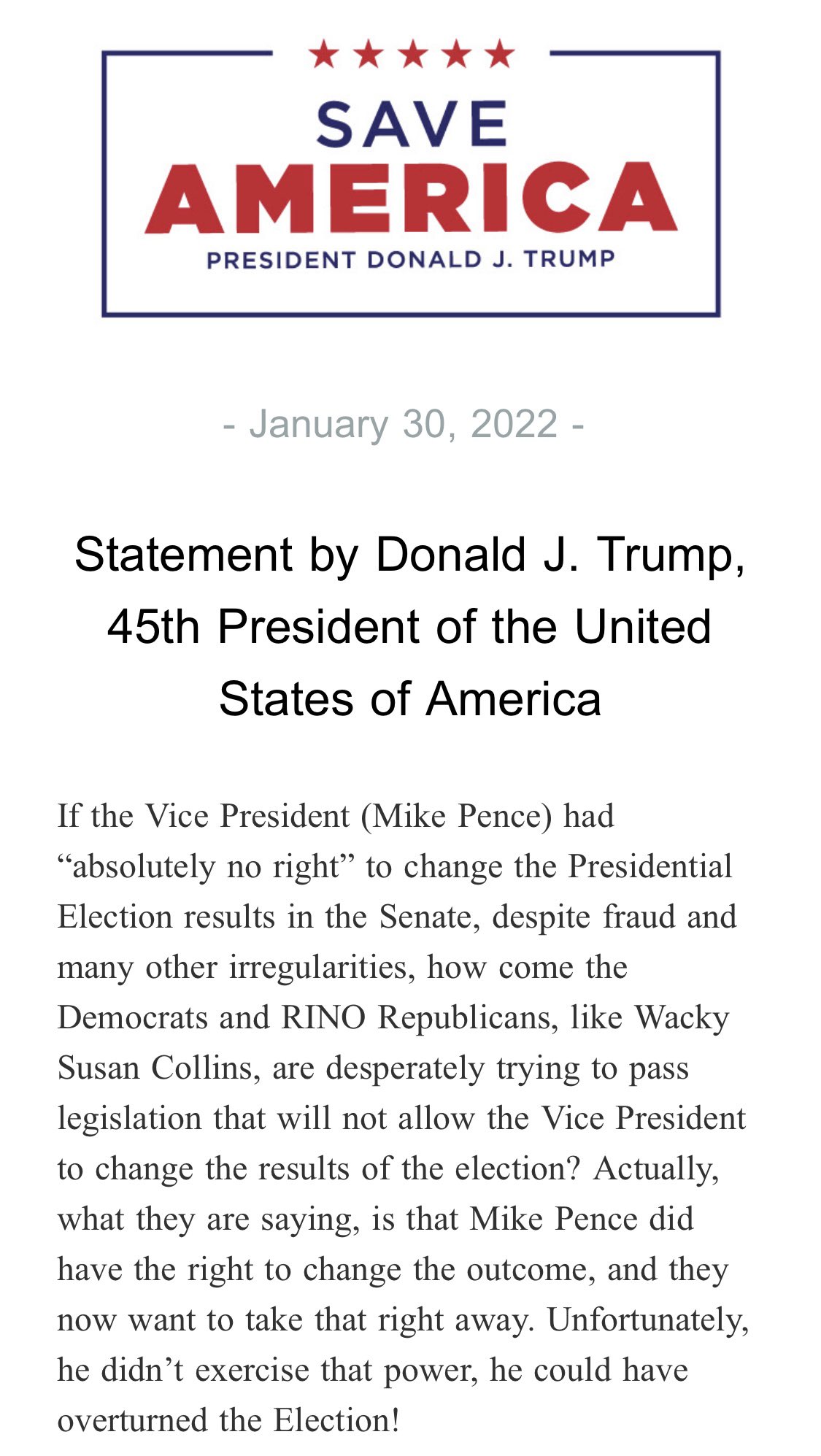 A bipartisan group is trying to change the law Pence would have used.

A person familiar with the call characterized it as a “wide-ranging discussion of election issues,” including the option to update the Electoral Count Act of 1887 to clarify the role the vice president and Congress play in certifying presidential elections.
Besides Collins, the participants were Sens. Kyrsten Sinema (D-Ariz.), Joe Manchin (D-W.Va.), Sen. Thom Tillis (R-N.C.), Jeanne Shaheen (D-N.H.), Mitt Romney (R-Utah) and Roger Wicker (R-Miss.), the person told Axios.